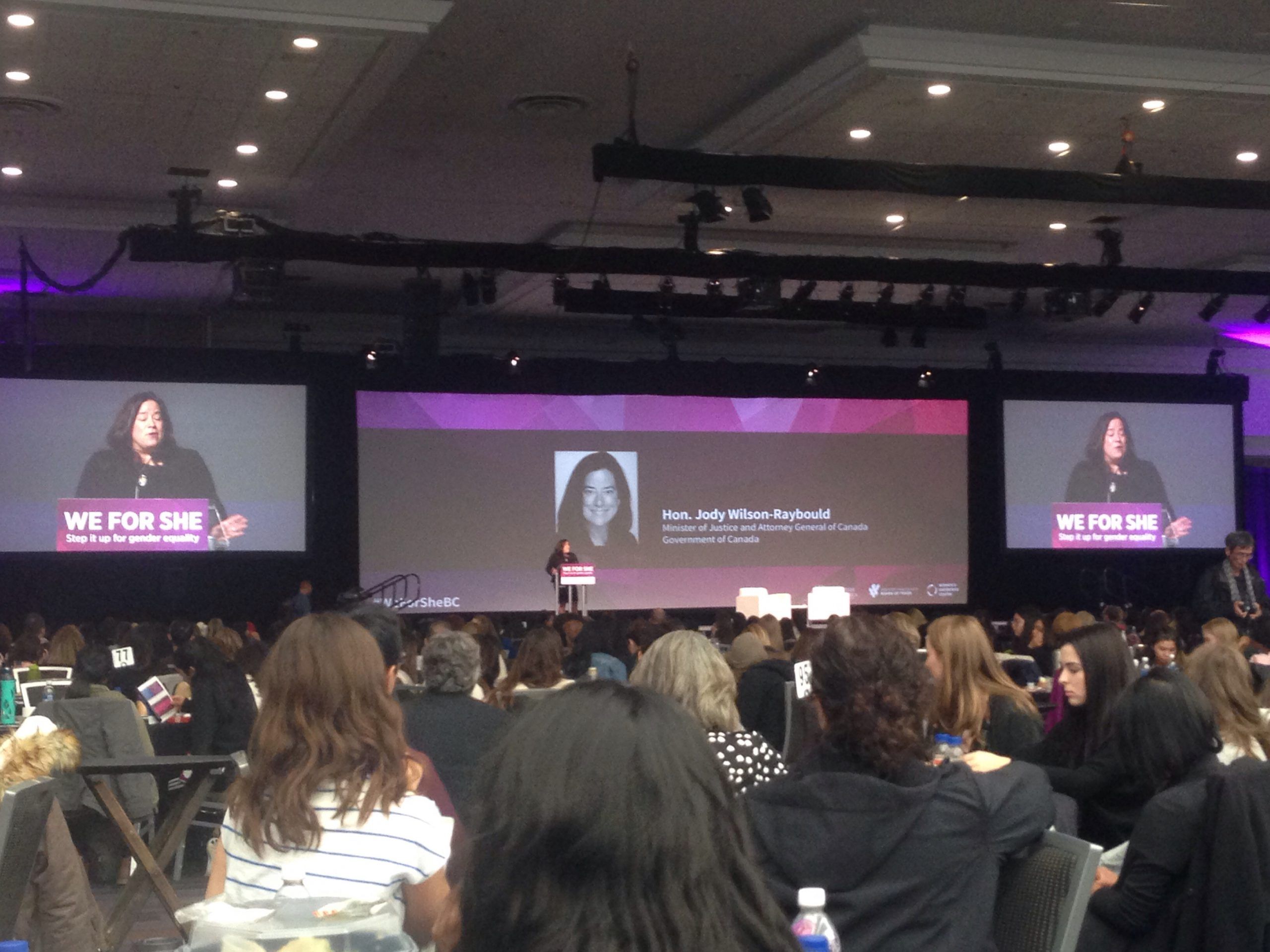 Two-hundred and seventeen. That’s the number of years it would take Canada to reach workplace gender equality continuing at its the current pace of change. Despite being one of the most progressive nations in the world, Canada still has a long way to go. As a response to this gap in gender equality, UN Women launched a campaign called HeForShe, and a subsequent conference called WeForShe, to advance gender diversity in the workplace.

Our Community Administrator Maggie attended the fourth annual WeForShe conference in Vancouver on November 17, along with over a thousand other women from secondary schools, workplaces, and organizations from across the province. The purpose of the event was to recognize the persistence of workplace gender inequality and its roots in systemic gender roles that begin in our childhood. Speaker Diane Ko, Software Engineer for Airbnb, explained that even the female-oriented toys she played with as a child put her five to ten years behind her peers when she started delving into Computer Science. Expanding on this, Diane and other speakers expressed that gender inequality is not a result of men being more qualified than women, but because men have access to more opportunities. This issue is particularly acute when it comes to having children and taking maternity leave. One woman said that she couldn’t lead the career path she wanted to have while still being a parent because less experienced co-workers surpassed her in seniority when she went on leave.

So how do we shift gender inequality in our own workplaces? For many of us, operating with a Board of Directors is how we make democratic decisions for the entire organization. Considering that women make up only 14.5% of Board Members, this is one area where we can support a full voice. Speakers and participants of WeForShe also suggested that we can encourage men in positions of power to mindfully hire, nominate, and promote women and other people of diverse backgrounds to seats on the Board. As employers, we can work to erase the stigma for both mothers and fathers to go on parental leave by making it the norm. Lastly, we can be mindful to recognize and change our actions when we make decisions based on gendered assumptions.

The shift will not happen overnight, but if we work daily to change our ways of thinking, speaking, and acting toward gender, we can make sure it doesn’t take 217 years to reach workplace gender equality.

We Made it to 2021, Now What? Adapting Management Styles for the Post-COVID Reality

How to propel your application to the top of the pile

A Partial History Of The “Social Enterprise”